A Hard Time With This One

Let me see if I have this straight.

Yet, there are no calls to postpone the vote of the Electoral College.  Or the Inauguration.  No calls to question the legitimacy of Trump’s “Victory.”

Filed under 'Merica, Do GOP Voters Actually THINK?, Donald Trump, Elections Matter, Fuckin' Donald Trump, Hillary for President, How the Hell Did We GET HERE?, Huh?, Kakistocracy, Not My President, Not something you hear about every day, Oh shit, Peaceful Protests, Saving the World, Shit Your Pants Scary, Stealing, Taking Care of Each Other, The Real Red Scare, Trump Legally Declared a Slug, Where is Joseph McCarthy when we need him?

Tagged as Holy Shit, Not My President, Stolen Election, This is Terrifying

And As the Day Surely Follows Night …

NRA PUTS $3 MILLION INTO ADS FOR TRUMP RIGHT AFTER HIS “SECOND AMENDMENT” COMMENT.

Because obviously nothing is more important than guns.  Certainly not people.  Especially if they disagree with you.

Photo credit photobucket.com and my friend Bao who sent it to me.

Filed under 'Merica, 2016, 2nd Amendment, ; Don't Make Me Feel Perky Tonigh, All The News You Need, All We Are Saying Is Give Peace A Chance, Ammosexuals, Bat-shit crazy, Being an asshole, Campaigning, Cancer on Society, Conspicuous consumption, Crazy Folks Running, Criminal Activity, Daily Kos, Disgustology, Do GOP Voters Actually THINK?, Don't Make Me Puke, Donald Trump, Donald Trump is a Pussy Too, Elections, Elections Matter, Fuckin' Donald Trump, Gas, GOP, Gross, Hillary for President, How stupid can you be, GOP?, How the Hell Did We GET HERE?, Huh?, Humiliation, Hypocrisy, I Can't Get No, Insighting violence, IWillVote.com, Just Do It and I'll Shut Up!, Oh shit, Political Corruption, Poor looser, Register to Vote Today!, Shit, Shit happens, Shit Your Pants Scary, Shit! The Perfect Metaphors for the GOP, Shitty GOP, Size Matters, Supreme Court Vacancy, Things that make me nuts, Vote, Voting, What a Maroon, What must folks in other countries be thinking?, Where does the GOP get these guys?, Wild Beasts, WTF?

This election just got really interesting.

Antonin Scalia died.  Anybody need a hanky?  I didn’t think so.

Mitch McConnell has already said that the next president should nominate someone for the vacancy.

So did Ted Cruz.

Of course they said that.  And of course, Mitch McConnell will block the nomination of whomever President Obama puts forward, even if the man or woman’s halo is clearly visible to Scott Kelly from space.

According to my husband the lawyer and Google, a 4-4 tie in the US Supreme Court means that the lower court ruling will stand.

Things are gonna get interesting.

Many thanks to my bloggin’ buddy Mark at Exile on Pain Street for letting me know the news.

Filed under 'Merica, 2016, All The News You Need, All We Are Saying Is Give Peace A Chance, Cancer on Society, Chronic Disease, Climate Change, Ding Dong The Witch Is Dead, Disgustology, Elections, Elections Matter, GOP, Gross, Holidays, Huh?, Negotiating, Political Corruption, Politics, Supreme Court Vacancy, Useful thing to do with poop, Vote, Voting, Washington, Where does the GOP get these guys?

By Any Other Name

Sometimes,  as I fulfill my contractual duty to the WordPress community to write about all the news that is, well, news-y, I find myself unable to keep up with the fast pace of the current most blog-worthy items.

For example, today I wanted to write about the Bundy Boys while I sipped my coffee at breakfast.  I wanted to rant about bozos with bazookas, but alas, I had to go to work.  I could not rant.

You’ve heard about the Bundy Boys, haven’t you?  Ammon and Ryan (Ammon???? WTF?)  Two sons of Cliven Bundy have taken over federal land (a bird sanctuary, because we all know that those folks pack heat(ed hand and foot warmers) to protest what they claim is unfair guv’ment action.

Here is the low down from the Washington Post:

A group of armed anti-government activists remained encamped at a federal wildlife refuge in Oregon on Sunday evening, vowing to occupy the outpost for years to protest the federal government’s treatment of a pair of local ranchers set to report to prison Monday.

The occupation of a portion of the Malheur National Wildlife Refuge, about 30 miles southeast of Burns, Ore., began a day earlier, after a small group of men broke off from a much larger march and rally held on Saturday evening

The armed occupation is being led by Ammon Bundy, an Idaho rancher whose father, Cliven Bundy, led an armed standoff with federal agents in Nevada in 2014 and who has described his supporters as “militia men.” 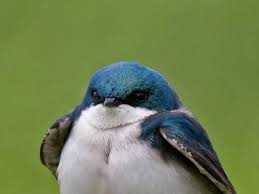 If you continue trying to send these convicted arsonists to jail, I will hold my breath until I turn blue.  Oh, yeah, I AM blue.  My bad.  (Google Image)

On the way to work, I formulated perfect sentences expressing my disdain for folks who claim to be patriots but who work against the government.  Petulant ammosexuals.  Boys with more guns than either brains or balls.  And if you’ve been paying attention, you might recall that I’m not big on guns.  Or dopes. Or armed-fucking-rebellion.

Because at lunch time, because the interwebs are/is alive with ideas on just what to call the Bundy Boys.  As described in a Huffington Post article, folks are rising to the challenge of just exactly to what to call the boys.

Here are the current contenders:

I thought we might help.  You see, originally I had planned to insert a poll RIGHT HERE to see which name y’all prefer, but in the newest new Word Press format, there appears no way to insert a poll.*

Oh and the two men who inspired this anti-guv’ment protest?  They were convicted of arson on Federal land and they served some time in prison.  Recently a federal judge determined that they had been improperly sentenced, and that there was additional time to be served.

These two guys oppose the Bundy Boys, and turned themselves in today.  They didn’t condone the Bundy Boys take over of the bird sanctuary-with gift shop.

In fact, it seems that self-proclaimed “patriots” — “militia men” are fallin’ all over themselves to distance themselves from the Bundy Boys.

I can’t imagine why.  Can you?

* When the Bundy Boys are done with this here protest, I’m gonna call them up.  Then they can take over Word Press and we can call it:

This story just keeps on giving.  Just after I posted, I read this post, by I Tried Being Tasteful.

You really can’t make this shit up.

Tagged as Ammosexuals, Are they serious?, Assholes, Bundy Boys, Crazy people, Don't try this at home, Holy Shit, Humor, Lord Protect Me From Your Followers, Right Wing Nutcases, Stupidity, What fell on their heads?, WTF?

Sometimes, I am left speechless.

Sometimes, I feel my gag reflex going into hyper-drive.

And sometimes, I just need to get out of the way and let some folks speak for themselves.

So I’m gonna do just that tonight.

And since I know you, and I KNOW you didn’t click on that video, I will have to step back up to the plate and tell you that the good doctor explained that we Democrats are all wrong.

Dr. Carson let all of us know that the GOP, well, they aren’t so bad.  Women should like them, even.

So says the No. 2 (in some polls) Republican presidential candidate Ben Carson.  It’s true.  He said on Thursday that Democrats were wrong to allege Republicans were waging a “war on women.”

This guy should be headlining in the Poconos.  What an eff’in commedian.

Oh, well, maybe I do have something else to add:

Filed under Adult Traumas, All The News You Need, All We Are Saying Is Give Peace A Chance, Awards, Bat-shit crazy, Campaigning, Cancer on Society, Conspicuous consumption, Crazy Folks Running, Criminal Activity, DON'T go back to your day job either, He is THIRD IN THE RACE FOR THE NOMINATION, What a Maroon, Where does the GOP get these guys?

Tagged as Assholes, Awards, Bat-shit crazy, Bigotry, Birth Control, Campaigning, Dr. Carson you will never operate on me, Holy Shit, Huh?, Keep your hands and your ideas out of my vagina, Seriously Stupid!, Seriously?, This guy s hould be playing the Poconos, THIS MAN HAS A LICENSE TO OPERATE ON YOUR BRAIN!, Who writes your material?, Women's issues