Every day of my life, I thank my lucky stars when I get up, go into my clean bathroom, and take care of business.

Some days of my life, I’m less thankful when I am somewhere where the only “facilities” have no running water.  No handle to push.  No way to wash my hands.

Of course, with my potty problems, I guess I’m more in tune to toilet issues than most people. 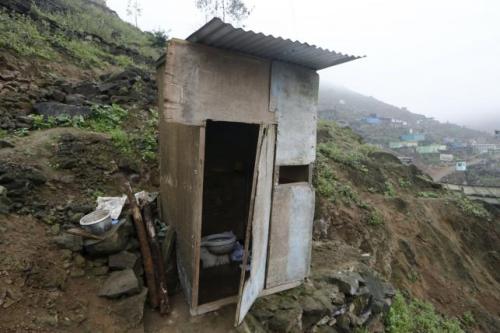 A toilet stands outside the Llamocca family home at Villa Lourdes in Villa Maria del Triunfo on the outskirts of Lima, Peru, October 7, 2015. REUTERS/Mariana Bazo

The point of World Toilet Day is actually pretty important.  People without access to hygienic facilities risk illness, many women are preyed upon and attacked as they seek out a place to go.  Diseases are transmitted, including infections, cholera, well, here’s a picture.

World Toilet Day is to help the fortunate ones of us around the world realize that:

2.4 billion people around the world don’t have access to decent sanitation and more than a billion are forced to defecate in the open, risking disease and other dangers, according to the United Nations

We in the West are rather spoiled.  And the reality of what some folks, many folks must deal with can be eye-opening.

About 25 years ago, my brother Fred got a grant and went to Africa to study something or other.  It was his first experience visiting the Third World.  When he came back, he talked only about poop.

It seemed that the city he had visited ran with raw sewage.  Poop was in the gutters. Children played in those gutters. The sewage ran into the river that was used to irrigate crops.

Piles of poop were everywhere.  In the street.  Under trees.  In the corners of buildings; everywhere, he said.  Even inside.  Fred described a memorable elevator in the middle of a hotel lobby, that he had seen. The decorative ironwork around the elevator shaft was delicate and beautiful. But the elevator didn’t run — in fact, the elevator itself had been removed.  But people would stand with their backs to the elevator shaft, pull down their pants/up their skirts, hang their butts over the open elevator shaft.  And they’d poop.

“I realized something incredibly important, “ said my horrified brother:

“Civilization all comes down to what you do with your poo.”

So when you’re thinking about the craziness in today’s world, maybe we all need to realize that part of our problem is that so very many people just don’t have a pot to piss in.

Yup, it’s a rerun.  But you didn’t really think I’d miss World Toilet Day, did you?

Earth Day.  The Science March (which I sadly can’t attend until Science gets around to curing my damn Crohn’s Disease).  My late sister Judy’s birthday.  So I’m reposting this.  Hey – Jude believed firmly in recycling!

She’s been gone now for 17 years, Jude.  Not a day has gone by since that I haven’t wanted to talk with her, laugh with her, or, alternatively because she was my sister, smack her.  There really isn’t a relationship like you have with a sister.  Even long after they are gone.

It would also be my late sister Judy’s 65th birthday.

But years later, Judy took recycling to a whole different level when she helped people recycle themselves.  In the 1990s, Jude, who was then living in Florida, began working with the Homeless, assisting at shelters.   Then she actively began trying to help homeless vets food, shelter and work — to enable them to jump-start their lives.

You see, the night the Beatles were on Ed Sullivan, it was MY turn to choose what we were going to watch.  And we were going to watch the second part of The Scarecrow of Romney Marsh starring Patrick McGoohan on the Wonderful Wide World of Disney.  My four (all older and MUCH cooler) siblings were furious with me.  But I was quite insistent.  You might even say that I threw a Class I temper tantrum over it, but I wouldn’t admit to that.  Hey, I was seven.  And it was my turn to choose.  Fair is fair, especially in a big family with only one TV.

It’s that time again.  I’m gonna make you listen to this song:

Yeah, you guessed it.  It’s my birthday.  I am, not surprisingly since I have been blogging under the stupid blog name FiftyFourAndAHalf for 5 and a half years, well, I’m older today.

Today is my 60th birthday.  I’m not a big fan of my birthday, for reasons you can find here:  Still, it’s a day.  A decade.  Something to celebrate with my husband and son and good food and cake.  Gotta have cake.

And it’s something that is way better than the alternative.  Yup.  Way better.

To the handful who have been along with me since I was, actually 54-1/2, thanks for all the times we’ve laughed and cried together.  To my  new blogging buddies, welcome again.  Thank you for stopping by; I hope you stick around.

Blogging has been a wonderfully fun way to spend time over these last 5-1/2 years, and counting, cause I’m not planning to stop.  I see no reason to stop.

Because people my age are getting gross. So what else can we do?

Filed under 2017, ; Don't Make Me Feel Perky Tonigh, A Little Restraint, Perhaps, Adult Traumas, All The News You Need, All We Are Saying Is Give Peace A Chance, Anniversary, Bat-shit crazy, Birthday, Curses!, Farts, Gross, Health, Heortophobia, Hey Doc?, Holidays, How the Hell Did We GET HERE?, Huh?, Humiliation, Humor, I Can't Get No, laughter, Love, Most Embarassing Moments Evah!, Oh shit, Out of the Pot, Peaceful Protests, Seriously gross, Seriously weird, Shit happens, Wild Beasts, WTF?

Every year at this time, I write about my New Years’ tradition.  It’s a good one in that it is free and guaranteed to bring you good luck or your money back.

Normally I also post it after I am pretty sure folks have consumed enough to not be concerned about the guarantee.  This year, I’m doing it early.

At the stroke of midnight,

OPEN the back door

and force OUT all the BAD LUCK; 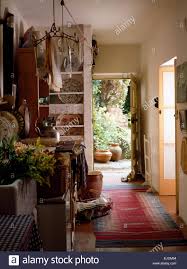 Of course, it’ll be dark.  And not this house.  Google Image

This one’s not mine, either.  It’s Google’s too.

AND LET IN THE GOOD LUCK

It doesn’t matter where you are, you can do it there.  Or you can wait and do it when you get home.  It’s just important to get the bad luck out and the good luck in.

This year, because, well, because 2016 has sucked BIG TIME, I recommend holding open the back door a good long time to be sure to clear out all the 2016 bad luck.  Obviously, we closed the doors too soon last year.

Filed under 2016, 2017, Adult Traumas, All We Are Saying Is Give Peace A Chance, Curses!, Don't Let the Door Hit You On Your Way Out, 2016!, History, Holidays, How the Hell Did We GET HERE?, Huh?, Humor, Peaceful Protests, Saving the World, Taking Care of Each Other, WTF?

Lemme get this straight.

A big fat guy in a red suit

will come down the chimney,

And I’m Supposed to Let Him In?