Don’t Make Me Do It

I’ve already written to my Senators (who will vote against it, they’re both Dems), to Senator Collins and Murkowski urging them to stand fast.  I sent a link to my story of how loss of insurance in 1982 led me to a suicide attempt (albeit a stupid one) to Senator John McCain.  I’ve called everybody I can.

You can reach your senators via this link:

You can call your Senators via this phone number

Because if we don’t succeed, I will have to take drastic measures.  And I know just what to do.

I recently read an article about a “Mad Pooper” who is on the loose in Colorado Springs, Colorado.  She’s a jogger, who periodically drops her drawers and poops.

Now, in spite of 45 years of bowel problems, I do have a smattering of pride left.  So I don’t want to do this.

But loss of insurance once led me to contemplate drastic action with a tetherball thing-y on Capitol property.  Dropping my drawers and producing something nasty would be a breeze.  And I will poop up and down the hallways of the United States Senate.

So call your Senators.  Get them to vote AGAINST the Cassidy-Graham bill. 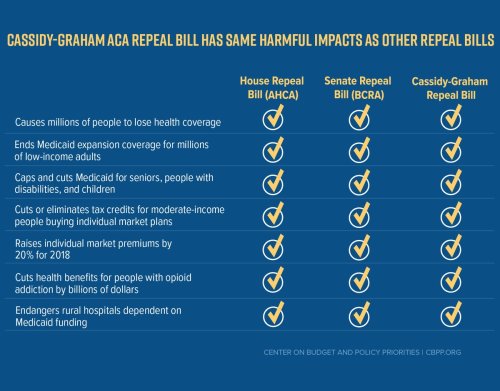 DON’T MAKE ME DO IT

Tagged as Don't Make Me Do It, End of My Rope, Insurance, Obamacare, Shitty GOP

Do yourself a favor and watch this campaign ad.  You know you want to.

Filed under 'Merica, 2020, All The News You Need, All We Are Saying Is Give Peace A Chance, Campaigning, Class Act, Clusterfuck, Cool people, Crazy Folks In Office, Crazy Folks Running, Donald Trump, Donald Trump is a Pussy Too, Elections, Elections Matter, Fuckin' Donald Trump, Global Warming, Good Deed Doers, How the Hell Did We GET HERE?, Humor, Incompetent Trump Minions, Kakistocracy, keys to success, Make Resistance Fun, My Right to Protest, Not My President, Peaceful Protests, Putin's President, Resistance is not futile, Saving the World, Seriously funny, Taking Care of Each Other, Trump, Trump Legally Declared a Slug, Trump Mis-Administration, Trump's Mistakes Mount Up, TrumpDon'tCare, What a Maroon, What a Putz, What must folks in other countries be thinking?, Wild Beasts, WTF?

Warning. Do not try this at home. Or anywhere else.

Yes, I realize that it’s been a while since I granted you all the benefits of my fake medical expert advice.  Sorry.

It’s just that poop news has been rather crappy lately.  What’s a specialist to do?

So for this post, I’m going to go out on a ledge.  Write what I don’t know.  Venture into a whole ‘nuther area of specialization.  I feel qualified because this area of specialty is in the same, errrr,  ball park.  Geographically speaking.  Certainly based on adolescent conversation, anyway.

You see, I read an article recently that inspired me to post after a pretty long hiatus

Doctors warn women against putting wasp nests in their vaginas

Now I don’t know about you, but this particular insert isn’t one I’ve personally ever considered.  Maybe I’m just weird.

To be fair to the women who have done this mind-bending medical procedure, the procedure does not involve vaginal insertion of a wasp nest that looks like this one, with buzzing wasps going in and out: 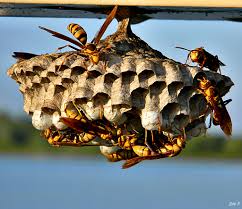 On the other hand, maybe something buzzing and going in and out is the whole idea behind the procedure.  But I digress.

This is a Getty Image, copied from the article

These are Oak leaf “galls” in case you want to make your own.

Galls are wasp larvae, left on the bottoms of oak leaves.  They are ground up and inserted into the vagina to tighten it and to cleanse it.  Okay …

As a fake medical expert, I think I  can safely say that this sounds like a particularly shitty idea.

You know, it never occurred to me that there might be a need to warn women to not put wasp nests, even ground up wasp nests, into their vaginas.

Then again, I never thought it would be necessary to tell women to not vote for a man who believed he could grab their vagina because he was famous, either.

Tagged as Can women be this stupid?, Get a buzz?, OUCH!, Vaginas, Wasps, Why would anyone do this?