In spite of the fact that I have been AWOL for quite some time, I will not let my countrymen and countrywomen down.  I am aware of my patriotic duty.

And I will fulfill it.  Or fill the pot with it.

The Washington Post today ran an article about the Trumps’ request to borrow a painting from the Guggenheim Museum in New York City.  The painting they requested is a Van Gogh.  I can say, that I wouldn’t mind having private access to a Van Gogh, myself.  Especially if I had already been exposed has trying to pass off a fake Renoir as a real one.

Anyway, here’s the painting they requested for the White House residence:

Instead, they offered an alternative:

The curator’s alternative: an 18-karat, fully functioning, solid gold toilet — an interactive work titled “America” that critics have described as pointed satire aimed at the excess of wealth in this country.

For a year, the Guggenheim had exhibited “America” — the creation of contemporary artist Maurizio Cattelan — in a public restroom on the museum’s fifth floor for visitors to use.

But the exhibit was over and the toilet was available “should the President and First Lady have any interest in installing it in the White House,” Spector wrote in an email obtained by The Washington Post.

The artist “would like to offer it to the White House for a long-term loan,” wrote Spector, who has been critical of Trump. “It is, of course, extremely valuable and somewhat fragile, but we would provide all the instructions for its installation and care.”

My friend Mark, at Exile on Pain Street, wrote about his personal experience with this, ahh, exhibit, a while back.  But I couldn’t find the link.

No word on whether the Donald will accept the loan.

I just thought you needed to know about this.

It’s hard to think of Switzerland without thinking about money.

After all, that’s where I personally hide my ill-gotten gains; isn’t it where you stored yours?  Zurich is flush with cash — but it’s nothing to Geneva, home to private banking with a twist. 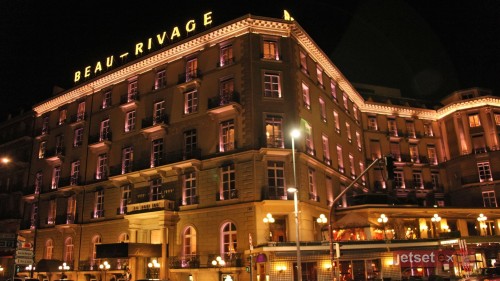 Above is a picture of my favorite Geneva hotel.  Oh, no, I never stayed there.  But it is conveniently located on the waterfront in Geneva, and it has the most delightful bathrooms in the lobby.   It’s like hitting the jackpot of potties.

But in all of the times I slipped in there to use the facilities, I never once got any money there.  After the article I just read, I gotta say, I was gypped.  Cheated. Scammed.

Maybe I should have gone to a restaurant for my pitt stop.

Because three different restaurants in the financial district of Geneva had their toilets stopped up with €500 notes, each of which is worth about $600.  Yup.  It’s true.

It seems that they were flushed down a toilet and, well, what came up would make Jed Clampett happy.

Me?  I would have loved to get something back for my years of running to the bathroom.  I didn’t.  So I’m pissed.

Filed under 2017, ; Don't Make Me Feel Perky Tonigh, All The News You Need, Assholes, Class Act, Criminal Activity, Dreams, Dying Dreams, Europe, Geneva Stories, Holy Shit, Huh?, Humor, I Can't Get No, Not something you hear about every day, Oh shit, Seriously weird, Stupid things happen in other countries too! Who knew!

Tagged as Beau-Rivage, Geneva, Not something you hear about often, Toilets

I Can Change The World!

It will come as no surprise that I would personally love to save the world.  But like most folks, well, I just couldn’t figure out how.

When the Women’s March happened, my hopes dwindled.  How could I save the world and still be within reach of the bathroom?  Ditto all the other spontaneous and planned demonstrations that have taken place since January 21.

But then I learned that Yes. I. Can!  Really!  I can save the world from climate change single-handedly.  Really!  Me!

You can’t though.  Sorry.

You see, I just read this article that says that the city of Portland, Oregon has come up with a terrific way to produce electricity through poop.  And pee.

It’s true!  They installed toilet turbines to generate power with every flush.

I volunteer to power the East Coast.  Except for the White House and Mara Laga.  Because I don’t give a shit about Trump.

As I’ve told you, comedy always comes in threes.  And today?  Today was a veritable shamrock of humor.  And you know what?  Just when I had had a long lapse in providing all of you with the information that brings you here, it was all poop-related humor.

You’re welcome.  It’s my new years’ gift for you.

It started just as soon as I got up and, ummmm, and checked the news headlines.  I learned that the Japanese are wiping up.  Literally.  They are supplying antiseptic wipes for your phone in public bathrooms.  Now, I personally wipe my phone quite frequently, so I actually thought this was a great idea, right out of the, ummm, gate.

But then I saw that they provide video instructions.  On how to use toilets, different butt wiping techniques, and step-by-step guides for how to wipe your phone.

I know you didn’t click on that.  But you should have.  At first, I admit that I only watched part of it, because I consider myself a toilet expert.  Nobody does the elephant or the horse style better than (or as often as) me.  However, the full international experience is worth your 2:11.

You know what?  The day got better.

Because I also learned about special-use mittens.  They are wet-wipes in the shape of mittens to keep your hands clean while wiping.  They’re called “Shittens.”  Really!  Here’s the product description:

If there’s one great universal truth that we can all agree on, it’s this: No one wants poop on their hands.

And yet, we laugh carelessly in the face of danger every time we take an old fashioned wet wipe to our heinies, flying completely blind in the critical poop-to-hand spatial relation.

How many times have you taken one of those substandard wet wipes to the posterior of a child, risking major contamination from that flailing poop cloth? And how many times has your dog’s “number two” been a little closer to a number one “and a half”, requiring a deadly grab & pull maneuver with whatever’s laying around? Enough is enough!

With new Shittens, you can fully protect your hands while tending to the dirty deed.

If you’re 12, or are generally short on bathroom humor, just go to the Shittens’ Amazon Q&A page/Customer reviews.  You won’t be disappointed.

Lastly, I read an article that might just give me nightmares: 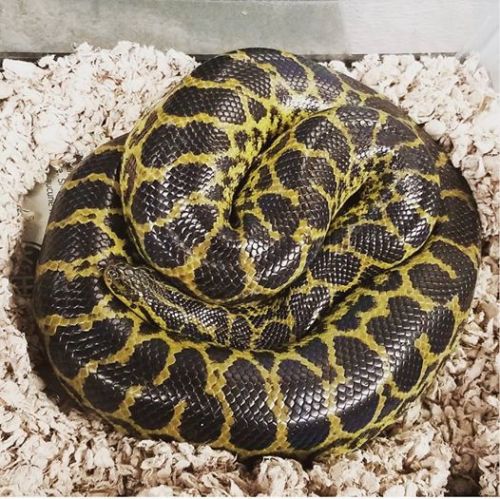 At a minimum, it will make me use the buddy system whenever I skip to my loo.

They belong to the family of snakes, Boidae, which contains pythons, boas and the green anaconda, the world’s largest snake. Even though yellow anacondas are much smaller their cousin the green anaconda (Eunectes murinus), they can reach a length of up to 4.6 meters, but the average adult size is around 3 meters.  [Shit, I had to underline that.]

Thanks for the info, Snake Facts!

All I can say is that if I found a large snake (or even a small snake, now that I think about it) in my toilet, I wouldn’t call the animal shelter.  I’d call Amazon for a shitload of Shittens.

Because it would be “cleanup on aisle 3,” for sure.

As a woman with Crohn’s disease, knowing where the nearest toilet is is something I have to think about a lot.  Sometimes it cramps my style, makes me avoid activities I might otherwise enjoy.

So imagine my relief when I learned that, in spite of the possibility of having to “go,” I can now help out outside.

Yeah, it’s true!  You can read about it here.  Someone has invented just the thing for folks like me — A special pooper scooper the inventor calls “Loo-cy.”

A motorized combination snowplow and toilet.

Me, I am flushed with excitement over this gadget; because everybody needs to do their civic doo-ty.

There is a conspiracy afoot to have me think about nothing but toilets.

Modern marketing really scares me.  And I’m afraid it’s only going to get worse.

A few years ago John and I needed to replace broken toilet that had a built-in shelf above the tank top.  (Not the kind of tank top you wear, but the kind with all the parts of a toilet that break.)

We needed a special size and type. 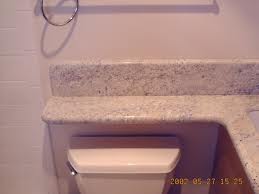 Naturally, I looked online to find the best price.  Then off-to Home Depot John and I went expecting to flush away a wad of money.

As we were trying to choose between two models, the salesman tried to help us make the decision:

“You can flush an entire bucket of golf balls down this American Standard toilet and it won’t clog,” he said.

John tilted his head, dog like, and looked at the salesman trying to figure out if he was joking.  He wasn’t.

I looked at John and then at the salesman.  Somehow I maintained an interested customer demeanor.  “Why would we want to do that?” I asked.  “We don’t golf.”

“We probably wouldn’t be golfing in the bathroom,” John said, thoughtfully.  “I mean, if we did golf, we wouldn’t golf there.  We’d probably do it outside.

“And if we take up golf, I think I’d rather keep the golf balls in the garage,” I added.

“Plus we have a septic system.  I don’t know if it is designed for golf balls.”

“It might be hard to explain to the guys when they pump it out.”

We had to leave or we would have wet our pants in the toilet aisle of Home Depot.  In spite of the fact that it would be expensive, we opted to replace the innards of our own non-golfing toilet instead of spending – I kid you not – more than $1,000 on a toilet that would fit the spot and accept golf balls.

Since then, though, I have been getting ads for toilets.  But not just any old toilet.  Strangely shaped toilets.  Apparently, to the marketers of America, I not only like to flush strange hard things down my toilets, but I like my toilets to look like anything but.  Or butt.

So imagine my dismay when I read this article that explains where modern advertising is heading.

They’re going to mine our DNA

to figure out how to market stuff to us.

The article gives the example of someone who is lactose intolerant getting special coupons for lactose-free stuff.

I wonder if my DNA will tell folks that I’m not interested in what they’re selling.

Which gene says
“NO SOLICITING”?

All the pictures are from Google Images.  I can’t wait to see what they try to sell me next!