My Life — It’s All Wrong

Somehow, I got the story of my life wrong.

I’m really not at all sure how it happened.   But apparently I did.  I don’t like to talk about it.  But I can feel you twisting my arm.  UNCLE!!!!

The thing is, I’ve been telling the story of my life for years.  For my whole life, in fact.  It’s fascinating.  Intriguing.  Hilarious.  Well, it is the way I tell it, anyhow.

It’s the stuff of legends.  Because like every good heroine in every good novel, I had a transformation.  A metamorphosis.  A change of life (no, not that kind).   I went from being a pathetic, shy, “please don’t notice me” sort of person into, well, me.  The person I am today.  And you will agree, that I am not shy, retiring or ashamed of breathing air.  But I used to be.  Really.  You can trust me on that. You see, I was there.

Besides, I can pinpoint the transformation.  I know exactly when the moth turned into the butterfly.  It happened on  January 22, 1977.

As it happened, I’d moved to Boston in October, and truth be told I was horribly lonely.  Living away from home was not the wild time I had dreamed of in my yearning to be an adult living in the big city away from my parents.  There I was living in Boston, a city filled to breaking point with people my age, but I didn’t know a soul.   I had no friends.  No one to talk to.  No one to go out with, and I hated going out by myself. I was miserable.

Actually, I was so painfully shy that I avoided talking to anyone I didn’t have to.  I didn’t know how to make friends.  I was afraid that if people knew the real me, they wouldn’t like me.  So I made sure that no one had any opinion of me at all.  I was pretty much invisible.

In fact, that’s how I had always lived my life.  In high school, I had a small group of close friends, and really didn’t ever try to go beyond them.  I was in Players, but there I could pretend to be someone else.  That’s what we were supposed to do.  But mostly, I was still friends with the folks I’d gone to junior high school with.  I didn’t branch out much.  I kept quiet, kept my head down.  Nobody knew me.  I always worried that if people knew what I was really like that they wouldn’t like me.  So I didn’t let anybody in.  Then if they didn’t like me, well, they didn’t know me.

My invisibility was confirmed a year or so after my transformation when I was parking my car at my hometown’s train station.  My boyfriend Erik was with me, when Kevin, the heartthrob of Players pulled up next to me.  I’d had a huge crush on Kevin all through school.  He played the lead in all the plays, could sing and dance and was incredibly handsome and talented.   In spite of that Kevin was always nice to me – in fact, he was one of the first people to seriously encourage me to sing. 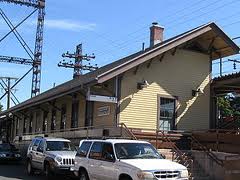 I got out of the car, walked over to him and said:

“We went to high school together,” I reminded him.  I mentioned the plays we’d done together.  Erik stood next to me.

Naturally, I was mortified.  It was proof positive, in front of a witness, that I had been invisible.  That nobody had noticed me.  That this guy who had really actually given me my first smidge of confidence on the stage didn’t remember me.  (And we won’t even get into the fact that he could have just said, ‘oh, yeah, how are you doing, it’s been a while.’)

Now, back to my transformation.

Being shy was fine as long as I was at home – my few friends were still nearby.  But when I moved?  I didn’t know a soul.  Worse, I didn’t know how to make friends.  And I had no idea how to learn a skill that I believed you either have or don’t have.  I didn’t have it.

In January 1977 I found myself in the hospital.  Sick, miserable, far from home and family.   My boss, on his way to visit a sick colleague, stopped in to say hello.  He was embarrassed as I was sitting in bed in my nightgown.  He didn’t stay long.    Nancy, my office mate, came too.  But she was older, married with kids.  She too could only stay a minute.   My parents came up over the weekend.   Otherwise, my only contact was with doctors and nurses.  People who got paid to talk to me.

Maybe if I talked to other people, if I took my nose out of my book, well then maybe, maybe I could make a friend or two.

And really at that moment I decided that being shy was stupid.  All it got me was loneliness.  And being lonely for life, well, that didn’t sound appealing.

So I forced myself to be not shy.  I made myself talk to people I didn’t know.  To let them get to know me and decide, based on knowing what I was really like, whether they liked me or didn’t.

But talking to strangers is really hard.  So I developed a fool-proof strategy.  Whenever I was with someone I didn’t know, I’d say to them:

“Don’t you hate trying to figure out what to say to people you don’t know?”

As it turns out, everybody hates trying to figure out what to say to people they don’t know.

I’d stumbled onto success.  And then I went further.  I was nice to people.  I made them laugh.  I asked them about their lives.  Let them tell me their stories.  Let them help me develop my own.

I even have a witness to this transformation.  You see, I was in a play that winter/spring.  Rehearsals started in January, just before I went into the hospital.  And at the first couple of rehearsals, I sat next to Howard.  Howard kept chatting me up, being friendly to me.  I had my nose in a book, grunted my answers and really was too shy to be more than polite.

OK, so I was a bitch to Howard.  He remembers.  He would testify to the existence of the shy Elyse.  After my metamorphosis, Howard became one of my closest friends.

It’s a great story isn’t it?

But, you ask, how did you get it wrong, Elyse?  You know I’m going to tell you.

You see, about 3 years ago, I went to a reunion of my high school acting group, the Players.  It was the 50th anniversary of the start of the group, which is well known in Southern Connecticut.  There was to be a tour of the completely renovated school building, a review show staring Players from all the different eras who still lived in the area, a dinner and many, many drinks.

My old, close friend and fellow Player Sue and I decided to meet and share a hotel room.  I picked her up at the train station, and we drove through our memories together.  It was great – we caught up, laughed, acted like 16 year olds who were allowed to drink.  We had a blast.

At some point, I mentioned to her how shy I was in high school.

“You weren’t shy in high school.”

“Yes I was.  I was horribly shy.  Afraid of everyone.”

“Well, you were one of my best friends,” I responded.  “Of course I wasn’t shy with you.”

Sue looked at me skeptically and the conversation went on to more interesting topics.

The next day, the day of the reunion, we linked up with other friends from our era.  Of course my close friends remembered me.  But so did people I didn’t remember.  Most people from those days remembered me.  I was shocked.  How could people remember  invisible me?

I mentioned my surprise to Karen.  Now Karen was someone I looked up to.  She was (is) smart.  Funny.  Talented.  She’s someone I would have liked to have been close to in high school, but, really, I was way too shy.  And she was really cool.

“I would have had a lot more fun in high school if I hadn’t been so shy,” I said to Karen.

“Elyse, what are you talking about?” Karen said with her eyebrows furrowed and her entire body leaned towards me across the table.   “You were exactly like you are now back in high school.  Talkative.  Funny.  Vivacious.  You weren’t shy in the least.”

According to everybody there, which constituted most of my high school universe, the story I’d told for decades is wrong.  I was not shy.  I did not transform.  I am probably not even a damn butterfly.

I am so confused.  How do you get the story of your own life wrong?