I’ve been explaining to Duncan for weeks, that starting today, April 27, 2016, he is a grownup dog.  That means no more stealing shoes (always mine), no more stealing socks (usually Jacobs and always dirty), and no more poop eating.

Because today is Duncan’s 2nd Birthday. 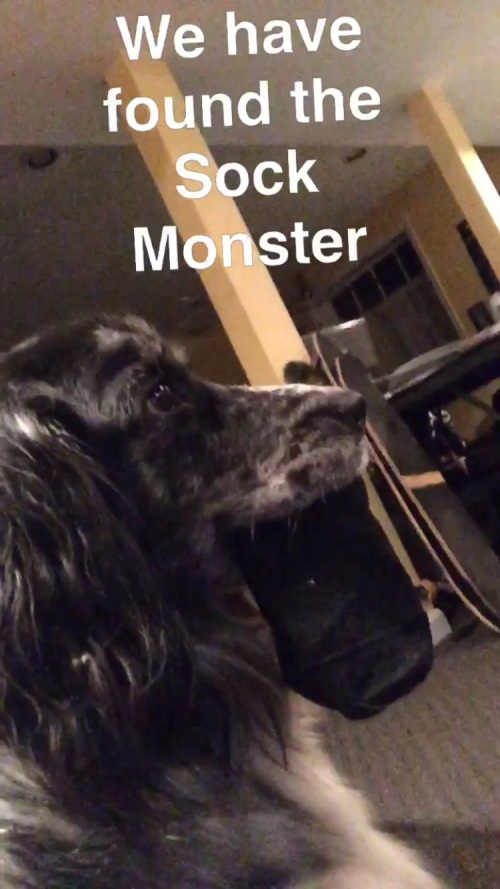 So far today, he stole my boot, lunged for a pile of horse poop — Mom was too fast for you today! — and stole a clean sock from the basket as I took a load of laundry out of the dryer.  Dogs are gross.

Perhaps I should speak to him in French?

You may have seen this before, but I tried to write something new about my sister Judy.  And, well, this piece really just sums up who she was better than anything I’ve come up with since.

She’s been gone now for 16 years.  Not a day has gone by since that I haven’t wanted to talk with her, laugh with her, or, alternatively because she was my sister, smack her.  There really isn’t a relationship like you have with a sister.  Even long after they are gone.

It would also be my late sister Judy’s 64th birthday.

But years later, Judy took recycling to a whole different level when she helped people recycle themselves.  In the 1990s, Jude, who was then living in Florida, began working with the Homeless, assisting at shelters.   Then she actively began trying to help homeless vets food, shelter and work — to enable them to jumpstart their lives.

You see, the night the Beatles were on Ed Sullivan, it was MY turn to choose what we were going to watch.  And we were going to watch the second part of The Scarecrow of Romney Marsh starring Patrick McGoohan on the Wonderful Wide World of Disney.  My four (all older and MUCH cooler) siblings were furious with me.  But I was quite insistent.  You might even say that I threw a Class I temper tantrum over it, but I wouldn’t admit to that.  But hey, I was seven.  And it was my turn to choose.  Fair is fair, especially in a big family with only one TV.

Since I was a tomboy/ragamuffin hybrid as a kid, nobody called me “Princess.” And the one time I tried to be a princess – the time when I was 4 and dressed up as a princess for Halloween and fell on my face in a Queen-size mud puddle – that pretty much cured me of any princess fantasies I might have had.

I looked around the room in wonder.  It was, of course, huge.  I easily imagined hundreds of beautifully dressed dancers waltzing around the floor. There were floor-to-two-story-high-ceiling windows all along the back of the room, covered in Scarlett O’Hara’s curtains. Thick, heavy green velvet drapes with gold brocade tassels holding them back. And through them, I could see to the sea. Long Island Sound. 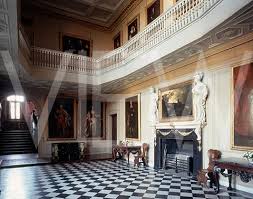 This isn’t the actual room, although there are similarities.   You see, I had forgotten my cell phone that day in 1965, and couldn’t snap a picture.  I had to use Google Images. Thanks, Google!

A balcony surrounded the ballroom on three sides, and it too rose way up. The floor is what I remember most clearly, though: Black and white marble, a massive checkerboard, without a single scuff mark in the entire room.

As was true of all of my childhood adventures (or since it was a princess-thing, perhaps I should call it a fantasy), this one came to me courtesy of my brother, Fred.

You see, Mr. Richardson, the wealthiest amongst our very wealthy neighbors, had invited us to his house. And we were to use the front door! Because we — me and Fred (and our sister Beth) — were heroes.  Heroes always use the front door.

Well, one hot summer day, Beth and I were out in the backyard, when Fred came racing in from the outer limits of our yard, near “the fields.“ The fields was a tract of land owned by Mr. Richardson, located behind our yard.  It stretched for several hundred acres. Part of it was meadow, but part of it was made up of small, neatly spaced and impeccably trimmed pine trees.

The Fields Behind My House. I think. Google Image. So really, it could be anywhere.

“Tax haven,” my Dad said, rolling his eyes, when he realized what Mr. R was planting.  “A Christmas tree farm.”

But Mr. R believed in investing in land, and he bought anything he could. (He was away when our house went up for sale, or according to my Dad, my childhood would have been spent elsewhere.  I will always be thankful for that trip of Mr. R’s.)

Anyway, Fred came running in from the fields, shouting “FIRE!” “THERE’S A FIRE IN THE FIELDS!!”

Beth and I didn’t ask any questions, but apparently we rushed into the house, called the fire department, grabbed brooms and blankets and rushed out to where Fred had seen the fire. That’s where the fire department found us. We had contained the fire, and there was very little damage. Without our intervention, well, who knows what might have happened.

So back to the Ballroom.

Mr. Richardson had invited us over to thank us. And he gave us a gift!

“I want to thank you for putting out the fire in my fields.  You were very brave, and I am very proud of you both.  And as a reward, from now on, for as long as you and your family live in that house,” Mr. R said, “You and your family may take any Christmas tree you want from my field.”*

But (and you know there’s always a “but” or a “butt” in my stories), it wasn’t strictly Kosher.

And there was another issue.

* I think there might have been other rewards; at least I hope so. Because I’ve always thought of Mr. R as a really nice guy. After all, he let me be a princess that one time, and, honestly, it was pretty cool even if I was more Cinderella than Snow White.  So I don’t want to think he was a skinflint who just gave us kids, who wouldn’t be paying for them anyway, free Christmas trees, for saving them.  Then again, it was the 60s.  Everybody didn’t get a trophy.

Am I Too Late for the Debate Debate?

Sorry guys.  I’ve let you down.  I know that you rely on me for news.  And I failed you.

I haven’t written a single word about the GOP candidate kerfluffle on the debate and all those mean questions that the CNBC moderators asked.

So I thought I’d leave it to my spokesman to make my comments for me:

I mean, what more could I offer?  What more can be said about these clowns and their “‘First Percent’ Running For Prez” problems?  Not much.

Frankly even I, a political junkie, am getting sick of it all.

I must confess, I’m leaning towards the last one.  Because I have just the city for the show!  A city that combines crime with a Democratic Tradition! 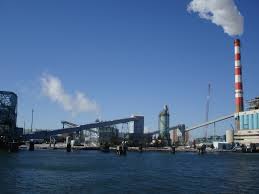 Wait, wait!  Don’t go.  I’m not done!  And I have good reason to suggest this location!

You see, I, personally, was born in Bridgeport– as were all of my family members whom you’ve come to know and love.  The fact that we moved away really has no bearing on the issue of whether a good crime drama could be situated in Bpt.

Equally important, one of my relatives once served as Mayor of this fine city.  I never met this cousin 238 times removed.  But still, blood is blood and that’s important in any crime drama.

Lastly, on Tuesday, the City of Bridgeport — my home town — elected an  ex-convict Mayor.

Image: Breitbart News (Still, it is really actually true — they DID elect an ex-con who’d gone to jail for cheating the City of Bridgeport!)

Voters in Bridgeport, Connecticut elected as their next mayor an ex-convict who spent seven years in federal prison after being convicted on 16 corruption charges.

Democrat Joe Ganim, 56, had served as mayor of Bridgeport – the state’s largest city – 12 years ago, from 1991 to 2003, when he resigned after being convicted of accepting hundreds of thousands of dollars from individuals and companies in exchange for sending city contracts in their direction, the New York Times reports.

Since he was released from prison five years ago, Ganim has worked as a legal assistant at his family’s law firm in Bridgeport, though he has not been able to have his law license restored.

Now tell me, which would you choose?  To watch the GOP or to watch a colorful Democrat?

Yes, I’m sick of the reminders, too.

Sick of the candidates’ signs.

Sick of the damn phone ringing with robo-calls and folks who can’t pronounce my name calling during dinner.

Still, it is important.

Vote!  Keep the crazies in office down to a minimum.

Filed under All The News You Need, All We Are Saying Is Give Peace A Chance, Bat-shit crazy, Beating that Dead Horse, Campaigning, Climate Change, Crazy Folks Running, Criminal Activity, Do GOP Voters Actually THINK?, Elections, Just Do It and I'll Shut Up!