How I’ll Protest the AHCA

It’s all been said already.  The GOP bill, TrumpDoesn’tCare, sucks.  And frankly, I am unable to find the funny in the fact that the current leaders just sold us down the River Styx, on our way to hell.

I feel it personally, deeply.  I honestly fear for the future of myself and everybody like me with a preexisting condition.  Everybody with a chronic condition that requires expensive medicine.  Mine costs $26K every six weeks.  Over the 5 years of the “pool” the GOP added to the AHCA, I’ll use $1 million just by myself.  Because of poop problems.

Folks keep telling me that I’m over-reacting, that this bill will never pass the Senate.  And that’s true.  But I have no faith that the Senate version will be much better, only different.  After all, it is run by the folks who literally stole a supreme court seat.  Does anybody really believe that these guys will do the right thing?

So clearly there is only one response that I have to Donald Trump and the House GOP.

If you hear about somebody doing this at the White House or on Capitol Hill, just pretend you don’t know me.

Filed under 'Merica, 2017, ; Don't Make Me Feel Perky Tonigh, Adult Traumas, Advice from an Expert Patient, All The News You Need, Assholes, Cancer on Society, Chronic Disease, Class Act, Clusterfuck, Crazy Folks In Office, Crime and Punishment, Criminal Activity, Crohn's Disease, Curses!, Cut it out, 2017!, Disgustology, Do GOP Voters Actually THINK?, Donald Trump, Donald Trump is a Pussy Too, Elections Matter, Fuckin' Donald Trump, Good Deed Doers, Gross, Health, Health and Medicine, Hillary for President, Holy Shit, House of Representatives, How stupid can you be, GOP?, How the Hell Did We GET HERE?, Huh?, Humor, I Can't Get No, Illness, Kakistocracy, Make Resistance Fun, My Right to Protest, Not My President, Not something you hear about every day, Oh shit, Peaceful Protests, Political Corruption, Politician Pussies, Politics, Poop Power, Putin's President, Shit Your Pants Scary, Taking Care of Each Other, Trump is a Putz, Trump Legally Declared a Slug, Trump Mis-Administration, Trumpcare, TrumpDon'tCare, Washington, What a Maroon, What a Putz, What must folks in other countries be thinking?, Where does the GOP get these guys?, Wild Beasts, Women Should Decide Women's Health Issues, WTF?

Tagged as It's just like writing about politics, News, Throwing shit, Trump doesn't give a shit, Unconscionable

You’ve been waiting for this, haven’t you?

April Fools for normal folks.  A must have product for folks with poo problems.

Filed under Advice from an Expert Patient, All The News You Need, Assholes, Chronic Disease, Crime and Punishment, Crohn's Disease, Curses!, Disgustology, Farts

Tomorrow will be a day of mourning for many of us, as we head into who knows what is to come.

It is time for the peaceful opposition to start in earnest.

There will be protests and marches to join, petitions to sign, letters to write and calls to make.  We must keep it up.

But here is one of my favorite tactics —

Deny Putin’s President the ratings he so desires!

It’s not enough to not watch the inauguration.

You must actively turn on your TV to something else.*

Me, I plan to turn mine on to Comedy Central, home of oh so many left wing folks.

[You can also set your DVR to another channel, but the way ratings work, you must watch the recording the same day or the ratings are shown for the day you watch, rather than the day you record. ]

Of course, this is not all I plan to do as one member of the Loyal Opposition.  It isn’t all I will suggest/bug/pester you into doing over the years, either.

But it is going to be hard to do anything else on January 20, 2017 through the tears we’ll all be shedding.

For those of you planning to attend the Women’s March in Washington, DC on Saturday, January 21, here is some important information for you:

Where to Use the Bathroom, Charge Your Phone, and Warm Up During the Women’s March

For those of you who want some ideas of how to help, or need to get some comfort from the fact that there ARE and WILL BE things to do, here’s some ideas.

We’re all gonna be busy.

* Thanks to Karen for the idea.

Filed under 'Merica, 2017, ; Don't Make Me Feel Perky Tonigh, A Little Restraint, Perhaps, Adult Traumas, All The News You Need, All We Are Saying Is Give Peace A Chance, Ammosexuals, Bat-shit crazy, Beating that Dead Horse, Cancer on Society, Clusterfuck, Crime and Punishment, Criminal Activity, Curses!, Cyber Brownshirts, Disgustology, Do GOP Voters Actually THINK?, Don't Make Me Puke, Don't Take My Medicare, Donald Trump, Donald Trump is a Pussy Too, Dying Dreams, Elections Matter, Fuckin' Donald Trump, GOP, Gross, Gun control, Hands off My Medicare, Health and Medicine, Hillary for President, House of Representatives, How stupid can you be, GOP?, How the Hell Did We GET HERE?, Huh?, Humiliation, Humor, John Lewis, Just Do It and I'll Shut Up!, Kakistocracy, My Right to Protest, Not My President, Oh shit, Passive Aggression, Peaceful Protests, Political Corruption, Putin's President, rapists, Resistance is not futile, Saving the World, Shit Your Pants Scary, Size Matters, Taking Care of Each Other, Things that make me nuts, Tom Price, Trump is a Putz, Trump Legally Declared a Slug, Trump Mis-Administration, Washington, What a Maroon, What a Putz, What must folks in other countries be thinking?, Where does the GOP get these guys?, Where is Joseph McCarthy when we need him?, Wild Beasts, Women Should Decide Women's Health Issues, WTF?

Tagged as Deny Him, News, Oh shit, Putin's President, Resistance is not futile, Where Do We Go From Here?

PICK UP THE PHONE, PLEASE

What the hell.  Do this.  It is just one of the ways we can express our feelings about the fact — yes FACT — that the Russians influenced the 2016 American election.

The entire reason that the Electoral College exists is to protect our nation from an unqualified candidate.  Sooo….

From the Daily Kos:

Call the White House: Brief the Electoral College on Russia’s sabotage before December 19

The CIA has said that the Russian government sabotaged this election with the express purpose of aiding Donald Trump. Such foreign interference is exactly what the Founding Fathers feared when they set up the Electoral College—as a final buffer before electing the President of the United States.

Before the Electoral College meets on Monday December 19, President Obama must declassify any and all relevant intelligence to Russia’s interference—and officials must brief the electors before they make this decision.

I am requesting that President Obama declassify any and all intelligence related to Russia’s interference of the presidential election—and to brief all members of the Electoral College before they meet on Monday, December 19.

Daily Kos wants you to let them know how it went.  But frankly, I’m only asking you to make the one call to the White House.

Do I think this will work?

Do I think that enough electors will change their votes?

Do I think that Hillary will become president?

Sadly “No” is the answer to all of these.

But I don’t know about you, but I must speak up (while I still can).  For all the things that are important to me that I yammer on about all the time on this blog.

Again and again — we all must speak up.  It’s time to get used to using our loudest, most effective protest voices — not our inside voices.  We’re going to be calling this number a whole lot in the next few years.

Image from IMBd.  I’m pretty sure that Putin and his Pals are not the nice Russians that arrived on our shores in this 1968 movie.  Positive.

UPDATE!!!  The phone lines are very busy.  You can also email, but calling is better:  https://www.whitehouse.gov/contact.  Or do BOTH!

Please share this so that as many people call as possible.

A friend of mine sent this petition on to me.  I’m not really one for petitions.  I agree with research I’ve read that says that signing petitions makes people believe they are actually doing something.  And well, hollow gestures are, hollow.

Still, what the hell.  I signed this petition, and thought I’d forward it to you.  Remember what is at stake. 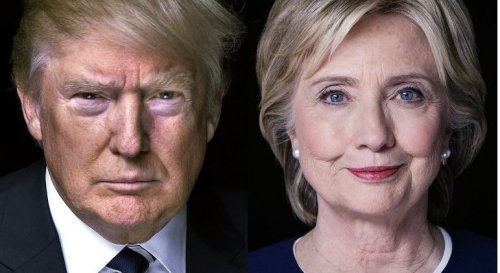 On December 19, the Electors of the Electoral College will cast their ballots. If they all vote the way their states voted, Donald Trump will win. However, they can vote for Hillary Clinton if they choose. Even in states where that is not allowed, their vote would still be counted, they would simply pay a small fine – which we can be sure Clinton supporters will be glad to pay!

We are calling on the Electors to ignore their states’ votes and cast their ballots for Secretary Clinton. Why?

Mr. Trump is unfit to serve. His scapegoating of so many Americans, and his impulsivity, bullying, lying, admitted history of sexual assault, and utter lack of experience make him a danger to the Republic.

Secretary Clinton WON THE POPULAR VOTE and should be President.

Hillary won the popular vote. The only reason Trump “won” is because of the Electoral College.

But the Electoral College can actually give the White House to either candidate. So why not use this most undemocratic of our institutions to ensure a democratic result?

SHE WON THE POPULAR VOTE.

There is no reason Trump should be President.

No. She won the popular vote.

“Our system of government under our Constitution says he wins”

No. Our Constitution says the Electors choose.

“Too many states prohibit ‘Faithless Electors'”

24 states bind electors. If electors vote against their party, they usually pay a fine. And people get mad. But they can vote however they want and there is no legal means to stop them in most states.

And since hell is obviously freezing over, it’s worth a shot.

Filed under 'Merica, 2016, Adult Traumas, All We Are Saying Is Give Peace A Chance, Ammosexuals, Bat-shit crazy, Beating that Dead Horse, Cancer on Society, Crazy Folks Running, Crime and Punishment, Donald Trump is a Pussy Too, Dying Dreams, Fuckin' Donald Trump, Good Deed Doers, Hillary for President, How the Hell Did We GET HERE?, Huh?, Just Do It and I'll Shut Up!, Justice, keys to success, Not stealing, Oh shit, Peaceful Protests, Planned Parenthood, Politics, Shit Your Pants Scary, Size Matters, Taking Care of Each Other, Things that make me nuts, Trump Legally Declared a Slug, What must folks in other countries be thinking?, Wild Beasts, WTF?