I Really Don’t Look for this Shit

Yeah, I know you don’t believe me. But I don’t go looking for this shit.  Really.

It’s just that, well, I spend a lot of time reading the news.  Because after all, you depend on me to let you know which way is up.  Or which way is down.  Or maybe just getting flush with it.

Because you see, a new museum has opened up, and we all need to get our asses over there.  — Mark, are you paying attention????

Just in time for you to plan your summer vacation! Can you imagine a better reward for your children, who suffered through the British Museum, the Tower of London and Madam Tussaud’s,  than the prize at the end of the tunnel than the National Poo Mueum?  The National Poo Museum, you will not be surprised to learn, is a museum dedicated to excrement, with examples from the animal and human world.

And it’s just opened up!

There are 20 kinds of poo captured in resin — who needs to bury or flush? 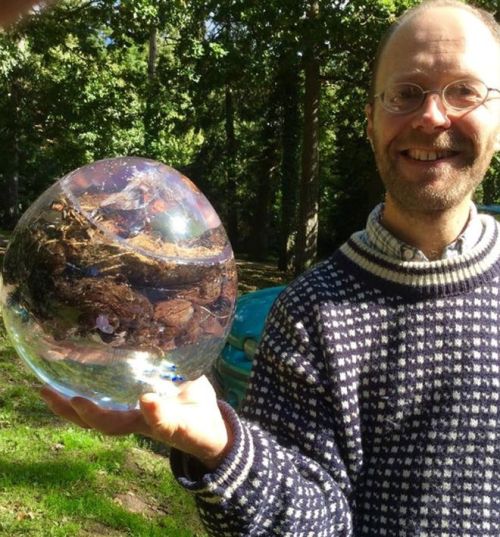 BBC Photo.  Because who else would claim this picture?

Because I couldn’t possibly make this up, I will just let you know exactly what they are producing at this museum:

The exhibition at the Isle of Wight Zoo features faeces from animals such as elks and lions as well as a human baby.

The National Poo Museum has been created by members of the artist collective Eccleston George.

“Poo is all around us and inside us, but we ignore it,” said co-curator Daniel Roberts.

Twenty illuminated resin spheres show off the different types of faeces with facts hidden behind toilet lids on the museum walls.

They have handsome men offering fun activities.  Look!  Weigh your poo!  (But I promise you, this is a contest I would win.)

There is old poo and new poo.  Dino poo.  Seriously, if you have ever dreamed of dinosaur poo, this is your golden opportunity to see it.  Well, it’s probably more like black gold (Texas tea).

And I truly believe that what they say about poop is true:

“Small children naturally delight in it but later we learn to avoid this yucky, disease-carrying stuff, and that even talking about poo is bad,” he said.

“But for most of us, under the layers of disgust and taboo, we’re still fascinated by it.”

This is why I blog.

Filed under Advice from an Expert Patient, All The News You Need, Bat-shit crazy, Childhood Traumas, Disgustology, DON'T go back to your day job either, Farts, GOP, Huh?, Humor, I Can't Get No, Oh shit, Poop, Seriously funny, Seriously weird, Shit, Shit happens, Toilets, Useful thing to do with poop, Why the hell do I tell you these stories?, Wild Beasts, WTF?

Tagged as Assholes, Crazy people, Family, Humor, I bet there aren't any lines at THIS museum, Poop, Poop Museum, Stupidity, Things to do with your poop, Tourist Attractions

82 responses to “I Really Don’t Look for this Shit”