Who do I think I’m kidding.  You already know, without anything to back it up, which side of the title question I come out on.

About a month ago, I came across an editorial in an online medical journal that has been on my mind ever since.

Is American Gun Ownership a Form of Addiction?

In it, George D. Lundberg, MD, persuasively argued that maybe the vehemence of gun owners protecting their so-called “right to bear arms” isn’t so much an intellectual argument as one fueled by addiction.  And I think that Dr. Lundberg may be on to something.
He first listed the nine symptoms of substance addiction:

Then, Dr. Lundberg states that, like addictions to gambling and sex, with an addiction to guns, there is no physical/chemical addiction.  But the other symptoms?  Check, check, check.  Check-mate.

I think that Dr. Lundberg is on to something.

I think the issue of gun addiction deserves some attention today, as President Obama unveils the measures he can take towards sane gun control laws because Congress won’t. 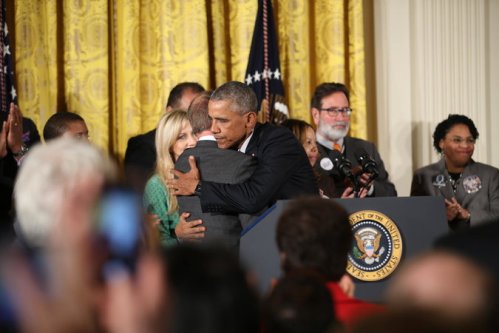 President Obama hugged Mark Barden, whose son was killed in the shooting at Sandy Hook Elementary School in 2012, before announcing his executive action on gun control in the East Room of the White House.  Photo Credit Doug Mills/The New York Times

Thanks, Mr. President.  Because 90% of Americans believe in stronger gun laws.  And because 100% of us remember this: 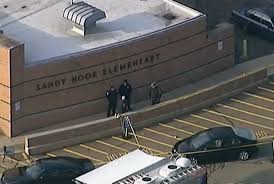 The Medscape article, with the video of Dr. Lundberg delivering his editorial, is free, but by subscription.