Today as I prepare a million different dishes for Thursday’s feast, I thought I’d share (for a second time) another family story, about the year my Mom forgot her turkey.  I’m pretty sure you’ll buy fresh from now on.  I certainly do!

I have a secret, though.  I’m not the only person in my family with this, ummm, gift for attracting the strange and humorous.  Dad used to say that if there was a weirdo within 5 miles of him, that weirdo would find Dad and have a nice long chat.  But if something weird was going to happen, well, it would happen to Mom.  Somehow I managed to inherit both weirdness magnets.  Sigh.

But this is Mom’s story.

Mom wasn’t the bird lover in our family.  Dad was.  So I should have known something weird had happened when Mom identified a bird I was looking at from a distance.  Mom and Dad were visiting John and I in Connecticut.  She and I were driving not far from our house one day in about 1990, and I pulled over to look at the large birds circling above us.  Back then large predatory birds soaring were still an unusual sight — when I saw those large silhouettes, I always assumed they were eagles.  I mean, what else could it be?  I kept trying to get a good look.

“They’re turkey vultures,” Mom said with complete certainty.  “We see them all the time at home in Florida.”

“Turkey vultures?” I said, not believing her for a minute.  I’d never even heard of such a creature.  Mom pursed her lips and looked back at me, slightly annoyed that I was questioning her (never seen before) bird identification skills.

“They’re really big.  And up close, they really do look just like turkeys.”

“When did you ever get ‘up close’ to a turkey vulture, Mom?”

She tried to avoid the question.

“Mom….” It was never too hard to get Mom to tell her stories.  Something else we have in common.  “Fess up…”

“It wasn’t my fault.  That refrigerator at home is just too small.”

“Well, it happened last Thanksgiving, but I didn’t want to tell you,” she laughed.  “I knew I’d never hear the end of it.”

“Dad and I went to the grocery store on Saturday, as usual, the weekend before Thanksgiving,” she continued.  “And we bought a frozen turkey for Thanksgiving Dinner.”

“Well, it was a frozen turkey.  Frozen solid.  You know it takes days to thaw those things.  You might as well try to melt an iceberg.  I put it into the roasting pan and placed it on the counter to thaw.  But I kept having to move it around that tiny kitchen to do anything else.  Then, on Sunday night when I was making dinner, I needed my counter.  So I put the still rock hard turkey into the carport.”

“Mom, doesn’t your carport get pretty warm?  It is in Florida, after all.”

“Well, that wasn’t really the problem,” she said, laughing.  “Not exactly, anyhow.  Or not at first.  The problem was that I forgot I’d left the turkey there.  I woke up Thursday morning, ready to get started on Thanksgiving Dinner and couldn’t find my turkey!  I thought I was going nuts.  I knew we had bought one.  ‘Where’d you put my turkey?’ I asked your father, accusingly.  ‘I didn’t do anything with it.  Did it get up and walk away?’ he asked.  And then I remembered – ‘Oh Lord, it’s in the carport.  I hope it’s still OK to eat.’”

“I went out the door to find the carport  filled with turkey vultures–I don’t even know how many were in there.  They were sitting on the car, on the workbench.  On the floor.  Everywhere!  And you know, they really do look just like turkeys.  They have those red heads and bulging eyes.  They had torn the packaging apart and were eating our Thanksgiving turkey!  I sent your father out to shoo them all away.  And then he had to go to Publix to get something for our feast.”

I roared.  So did she, remembering.

“I told him to get a piece of beef to roast.  I’d had enough birds for a while.” 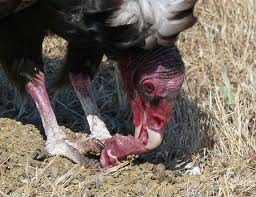 Oh, and her instinct was right — she should never have told me this story.  She never did hear the end of it!

HAPPY THANKSGIVING to my fellow ‘Mericans!

To those who aren’t over indulging this week, can I send you a few pounds?