Unless you’re like me, you probably won’t believe this story.

No, this time it didn’t happen to me.  I don’t even know the principle characters involved in the story.  But I’m sure it’s true.

You see, there are some folks whose lives are filled with bizarre, inexplicable experiences.  Adventures.

I’m one of them.  After I was once held for ransom by the Washington Post, my friend Diana shook her head, laughed and said,

“Elyse, everywhere you go, you have adventures.”

She kindly refrained from inserting the word “stupid” in that sentence.  Still, she was right.

And I’m not alone.  In fact, based on the comments I received to my I Was Held For Ransom by the Washington Post story, there are a whole lot of us out there.

But perhaps no one is as “out there” – literally – as Nathan Baron, a high school student from Maine whom I just read about.

Yes, friends, Nathan is one of us.  Weird things just happen to him.  And last Saturday, well, something really strange happened while he was out there.  As in outside.  While he was hunting.

Nathan was sitting in a chair with his Remington .30-06 rifle, hunting.  No, sitting while hunting wasn’t the strange part.  But can I just please interject here that my image of the masculine hunter bringing home dinner has never before involved a collapsible Coleman chair?  Isn’t there some sort of stalking and movement involved in hunting?  Shouldn’t you at least have to stand for a while to make it more sporting? 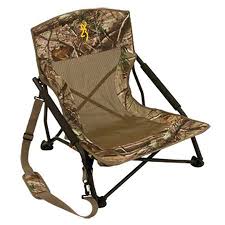 Why be uncomfortable?
(Google Image)

Well, fortunately for Nathan, he was hunting in the woods just across from his house, because he had to poo (see, I told you that Nathan was just like me – I always have to go at the most inconvenient times).  Nathan plopped his gun up against a tree, climbed onto his 4 wheeler, and headed home to do his business comfortably.

Anyway, when he got back to his comfy chair in the woods from which he could shoot things, he couldn’t find his gun.  And that, of course, makes hunting that much more difficult.  What could possibly have happened to his gun?

As Nathan reported to the Bangor Daily News:

“There was a stream that was running about 100 feet away from me. I look, and there’s a beaver hauling that gun into the water,” he said.

The article continued: ” Let’s take a moment to let that sink in.  A beaver.  Stole.  His gun.”

Yes, apparently, the beaver just hauled it on home to his lodge without even getting a background check.

I will say that I’ve had many weird things happen to me, but none involved beavers.  Moreover, none of my guns has ever been taken by a wild animal.  Perhaps that is because I am smart enough to not have guns, which are dangerous in the wrong, ummm, paws.  And of course not having any guns makes it that much easier to keep them away from wildlife.  And bad guys.

But you know, I completely believe Nathan’s story.  Because weird, hard to believe things have happened to me my whole life.

Besides, who could make up such a stupid story?

I wonder if Nathan has a blog.

This is my 300th post!  Thanks everybody for making blogging such a delightful way to spend time.

73 responses to “Sometimes, These Things Happen”