Worth Dying For. Worth Actually Doing

You may have noticed that I’ve been unusually quiet lately.

In fact, I’ve hardly told you to get your but out to vote at all.

It’s not that I don’t care; I do.  Deeply.  Elections Matter.

In trying to figure out what to say, I did a little research, and found a wonderful article (thanks, Google) entitled:

If you pay any attention to the news, you know that the GOP has been very successful in limiting voting, in cutting the access to the polls.  How?  By requiring a government-issued photo ID (my favorite — in Texas a permit to carry a concealed weapon is acceptable but a student ID is not; by preventing early voting; by culling voter lists; by sending out confusing information on voting.  All sorts of ways. 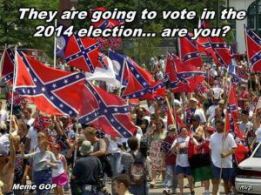 [Thanks to Father Kane at The Last of the Millennials for both the video and the image.]

Who Says I’m Not Gonna Miss You, Glen?

Sunday nights used to be family time.  Everybody would gather around the TV.

There’s no problem with the picture … it’s a Google Image!

The Wonderful World of Disney

Glen pretty much introduced me to country music.  Not the hard core drinking-man/woman-losing-dog-died kind.  He gave me some of the most beautiful melodies:  “Gentle On My Mind” and “By the Time I Get To Phoenix.”  Songs that I still love.

Back then, I didn’t think much about the future.  Or about growing old.  My parents were old back then in the 1960s and early 70s — I knew they’d been born that way.  But the performers on TV would never get old.  I knew that then.  The Smothers Brothers old?  Glen Campbell?  Pishawwwww!

Time caught up with all of us.  My parents, of course, weren’t really old back then.  But they grew into that role, they passed on.  One by one the staples of not just my family but our world have faded.

Glen Campbell is fading.  As I write this, he is in the final stages of Alzheimer’s Disease; a heartless disease that takes one’s mind long before it takes the body.

The song makes my heart sing, even while it breaks it.  Kind of like life.

I first heard this song on one of my favorite blogs, The Last of the Millenniums.  Thanks, pal.

Filed under Adult Traumas, Bloggin' Buddies, Family, Health and Medicine, Taking Care of Each Other

Of course you all know that I am a fake medical professional. So you should never ask me for medical advice.

But I am a real live professional patient. So I can speak from experience when I talk about medical stuff, too.

It’s all so confusing.

You know what else is confusing?  Taking your medicines so you get the most bang for your buck.  Or for your insurance company’s buck.  Or so you just feel better.

But taking medicines, especially if, like me, you take a zillion different ones, can really be mind numbing.

October is “Talk About your Medicines Month!”*

I was recently contacted by Judy from NCPIE, The National Council on Patient Information and Education. She asked me to write a post letting you guys know that October is “Talk About Your Medicines Month.”  My sister Judy got me into the habit of doing whatever Judy said,  and even though this was a different Judy, I’m doing just that.  Because it’s important, and it’s a good way to make sure you’re using medicines, both prescriptions and over the counter (OTC)stuff the way you should.

But WHO should I talk to, Elyse?

Personally, I talk to my pharmacist.  He’s easier to get on the phone than my doctor is.

Besides, he always knows the answer to my questions.  Seriously!  Before I became a fake medical expert, I thought that all pharmacists have to do is count pills and put stickers on bottles.  I bet you thought so too.

Nope.  That’s not true at all –although they are damn good counters, I must say.   Pharmacists nearly always have PhDs!  They understand the chemistry, the interactions between drugs and between drugs and foods! They know what side effects to look for.  They know all kinds of things about how a body processes drugs, and what the drugs do to a body.  YOUR BODY!  Who wouldda thunk it.

Seriously, you can talk to them about all kinds of things:

You can also ask them real questions.

And you know what?  They’ll know the answer.

Because pharmacists are even smarter than I am.

*  Eat your heart out Frank (of AFrankAngle)

Filed under Bloggin' Buddies, Crohn's Disease, Health and Medicine, Humor, Taking Care of Each Other

I can’t get no … revisited

It’s Open Season for choosing health care options at my company, and probably at yours.

Personally, I think that they call it something else, because I’m pretty sure that most people associate “open season” with hunting.  And people who get as frustrated as I have trying to have relatively simple questions answered should not be invited to think of firearms.

Instead of shooting anyone, or permanently damaging my own vocal chords screaming into the phone, I thought I would bring back this post nobody ever read.

Automated telephone answering systems are responsible for the 40% increase in psychotic events over the past 15 years.

That’s my theory, anyway. My hypothesis. I’m not sure how to prove it, but it is true. My secondary hypothesis is that all incidents of domestic terrorism are directly tied to automated telephone systems. The FBI should investigate.

Personally, I become psychotic each and every time I have to press 1 for this and 2 for that. I’ll cut them a break for language, though. I have no problem pressing 1 for English. People need to grumble in their native tongue. Spanish speakers should have that right too.

But in fact, nobody gets to bitch. We just press 1 or 2 respectively and listen to additional options, none of which are what we want. None of the prompts are even close to what really want to do. None of them says “Press 4 to scream at a human.”

I become progressively more apoplectic with each and every telephone prompt. Eventually, with perseverance, I finally get a person. And by the time I do, that person on their end of the telephone is thinking long and hard about their career choice.

It’s not their fault. I always tell them that. I know it is true. But that fact doesn’t alleviate any of my anger at the time I have spent just to get to them. And nine times out of ten, the human I have reached is the wrong human in the wrong department and usually in the wrong country. I must start again. My psychosis soars along with my blood pressure.

On average, after approximately 5 different prompts I am invariably led to a dead end where I have the same four original choices, none of which remotely fulfilled my need at the start. Or, if somehow one of the choices would work, I am promptly disconnected. I must start again with Sybil.

I am pretty sure the cost savings in terms of personnel is not worth it for businesses. Often by the time I am done with a call about this or that, I am ready to destroy the building. And if all your customers feel that way—and they do–perhaps you should rethink your policy.

One minute with a person early on and my problem would have been solved, amicably, and I would be a satisfied customer. Instead, an hour later, I would give all that I own for a battalion of similarly psychotic customers who would help me storm company headquarters and pin down just one human for us to yell at in turn. But by the time my turn comes, of course, I will have forgotten why I want to yell at them. And then I’ll have to talk to Sybil again.

It’s a Jungle Out There

Since the video I posted about the wrong mascot for the GOP was such a hit, I figured I needed to post another animal piece.

This one represents thankfulness for healthcare.

It says it happened in “Columbia,” but I’m quite sure they mean in the “District of Columbia.”  Positive.

(My thanks to Father Kane of The Last of the Millennials who posted this video with far less snark than I.)