There is a restaurant I just keep going back to.  Sweetwater Tavern in Sterling, Virginia.  I don’t know why I keep going back, exactly because it was the scene of one of my most embarrassing moments evah.

Still, I return. Went there just a few days ago, as a matter of fact.  They have terrific food and good beer. So I guess that explains it.  Plus, it keeps me humble.  Humbler.  Yeah.  Humble-est.  Or at least quiet.

Nevertheless, if you go with me, I’ll tell you the story. Unless John’s with us. Because last time, when I tried to tell Jacob the story, John hushed me up. Imagine! Now why would he do that?  He looked around the room and kept saying “keep your voice down!”

Actually, if it weren’t for my husband, it would never have happened. Not at all.  So it’s his fault.

And, if it weren’t for our friend Rob, who was visiting us from Geneva, well, it absolutely wouldn’t have happened.  So it’s Rob’s fault, too.

You see, both John and Rob are Civil War buffs. When Rob was visiting a couple of years back on Martin Luther King Day and it was a beautiful, warm, sunny winter day, well, what else was there for us to do but visit a Civil War battlefield?

Luckily for us, we live in Virginia. Civil War battlefields are a dime a dozen, ’round here. [Fortunately, the fears I wrote about in Great Balls of Fire have not materialized. Yet.]

Anyway, the three of us decided that we would head off to visit the Manassas Battlefield. For those not living in Dixie (Civil War – Land for the non-initiated) I’ll just let you know that Manassas was the very first battle of the Civil War, on July 16, 1861. Folks from Washington made a day of it – they packed picnics and took carriage rides out there from the Capitol to see the Yankees whup the Rebs. They called it the Battle of Bull Run.*

Only it didn’t happen quite that way.

Of course, that’s not how the whole war went, though, was it.  Nope.  The NORTH won the Civil War! 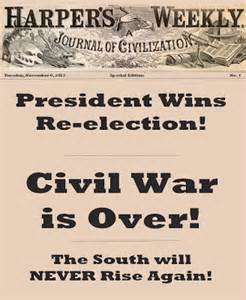 But when you wander around Virginia, and probably other parts of the Old South, well, you don’t really get that impression.  Nope. Not at all.

As it was, John, Rob and I should have been prepared for what we found when we arrived at the Manassas Battlefield that morning. Cars with Confederate Flags were everywhere. Mostly pickups and cars that were auditioning for the Dukes of Hazard.

There are more cars around here like this than you can shake a stick at.
Google Image, Natch.

Because, unbeknownst to us at the time, here in Virginia, the weekend of Martin Luther King Day also includes a Virginia State Holiday:  Lee-Jackson Day. Yup. Nothing says “We Lost” more than having a holiday to honor the vanquished generals.  And one that just happens to coincides with the National Holiday honoring slain black civil rights leader Martin Luther King Jr!  Folks can get up to all kinds of merriment!

All morning long, there were whoops all around us of “The South Shall Rise Again!”  Men sporting Confederate Flags on their jackets, their cars.  And they were there to honor Stonewall Jackson whose birthday (January 21, 1824) was nearing.  Oh boy!

You see, it was at the First Battle of Manassas, that General Thomas Jonathan Jackson became “Stonewall.” It’s where he earned his famous nickname when as put by Wikipedia:

[Confederate] Brig. Gen. Barnard Elliott Bee, Jr., exhorted his own troops to re-form by shouting, “There is Jackson standing like a stone wall. Let us determine to die here, and we will conquer. Rally behind the Virginians!”

John, Rob and I had a nice time touring the battlefield. I’ve often said that we Americans do great battlefields. There are maps and audio buttons, knowledgeable park officials wandering around to answer your questions. Demonstrations of the firearms used, the uniforms. The works.  But it was clear from their words (and their bumperstickers) that folks around us, well, they didn’t really know their history.

The answer, based on what we were hearing around us was: NOPE. My Picture.
Take that, Google Images!

As we wandered, and as we left, the three of us shook our heads constantly. Because you see evidence everywhere, not just at the battlefield, that Virginians haven’t heard the news yet — that that they’d lost the war.

Afterwards went for a late lunch at the Sweetwater Tavern. It’s a big, fun restaurant and bar, with great food and a terrific atmosphere.   We drove to the restaurant, crossing Lee Highway, John Mosby Highway. We passed the Sully Plantation, and took a wrong turn leading us towards Leesburg. The names of the Confederate heroes of the Civil War were everywhere. There is no Lincoln Highway as far as I’ve seen.  No Grantsburg.  No Sherman Boulevard.  Nope.

“Whoever said ‘History is told by the victors,’ has never been to Virginia,” John quipped.  You’d really never know that they lost, that they surrendered right there in Virginia, at Appomattox.  Because, really, they haven’t given up.

So how did that lead to my most embarrassing restaurant experience ever?

Well, we continued our conversation after we got to our table. We asked for a round of beers, placed our lunch orders, and continued commenting on all of the things in Virginia that, well, that you’d expect would be named differently. To be named by the Victors – The Yankees. Named by ME in fact.  Well, my ancestors.  Who were still in Ireland during the war.  But still …

Anyway, we talked about how, even today, folks in the states of the former Confederacy, don’t accept that they lost and are still fighting the Civil War. I mean, the War Between the States.

Our beers arrived, and, shaking my head at the bizarre attitude of folks in my adopted state, I raised my glass in irony:

“The South Shall Rise Again!” I said, my voice dripping with sarcasm.  With Irony.  With my superior knowledge of history.

And I said it, just as our African-American waiter placed a basket of bread on the table right next to me.

I stammered, shuddered, tried to evaporate.  I wished a cannon ball would fall on me – from either side, it didn’t matter.  I sincerely hoped that someone, anyone would run at me with their bayonet at the ready.  I wanted a quick death, not to be left dangling in my humiliation.

Because, really, what could I do?  I considered explaining myself to the poor waiter, but I knew it wouldn’t matter. That really, even a Connecticut Yankee like me couldn’t make reparations.

I stayed pretty quiet for the remainder of the meal.

We did leave a ridiculously large tip, though.

* For some reason nobody seems to know, streams and creeks in Virginia are called runs. I presume that’s because they run to the rivers and then to the sea. But still, if anybody knows why they are called that, I’d love to know. Because nobody I’ve ever known knows. It’s a mystery.