I’ll Be Seeing You

I don’t know what you’re going to do for the next few days.  I mean without me.  Because I am pretty sure that you won’t be hearing from me for a bit.

Damn — not THAT Sandy.  This one, The “Frankenstorm”:

Some areas are prepared for nasty weather events.  Given that the Greater Washington DC  area closes down with snow flurries, well, it won’t be pretty here, even though other areas will likely get hit harder.

Still, I can safely say that:

I can also safely say that I will be going completely out of my minds being unable to check polls, hear about what is happening in the run-up to the election and what stupid things Ann and Mitt Romney, and Pauly Ryan have said lately.

But you won’t have to suffer, unless you too are in Sandy’s way.  When you are looking for your bizarre little bits of what the crazies on the left are doing, here are two of my favorite locations:

Meanwhile, until the storm starts, I will be at the grocery store.  Handing out copies of this picture: 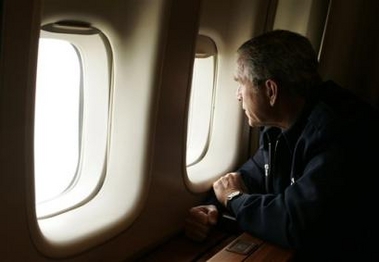 You gonna vote for a guy with even less heart than Bush???

To all my friends who are also in Sandy’s way, good luck with the storm.  Remember, that what doesn’t kill you makes you stronger.  And of course, by “stronger” I mean more fragrant.

To all of you who are not impacted by Sandy, please go to our websites frequently so that we will feel the love later, when we have electricity and want to know that our bloggin’ buddies have been by to help keep our stats up.

And Sandy of Sandylikeabeach?  I expect you here by Friday with a chain saw!