The Years of Living Dangerously

Hey, let’s all live dangerously.  What do you say?

Nope, I am not even talking about driving down the I-95 corridor.

I’m talking seriously daring as a group activity.  Because now that it’s summertime, well, we all need to P-A-R-T-Y.    And we need to do it all together.  It’ll be a blast.

Here, you go first.  Drive across this bridge.

Whittier Bridge on I-95 in Northern Mass. (Thanks Google)

It’s the twin of this bridge, and in roughly the same condition as this bridge was just before, well, you know.

Wouldn’t it be especially fun to drive across that?  The adrenaline rush would be amazing.  Especially when you drive across it real slow, with thousands of other similar thrill seekers.  A hoot-and-a-half?

And you don’t need to just play on that bridge.  Nope.  A study  published last year by Transportation for America found:

One in Nine Bridges in America “Structurally Deficient, Potentially Dangerous”

So chances are you won’t have to go too far to find a place to play this game.  Here’s a link to a map that will show you where. We can get  thrills every single day!

Across the country, there is the cry of “cut-cut-cut,” by which the town criers mean “gut-gut-gut.”  And it is giving everyone in the country multiple opportunities to tempt fate.  To see just how thoroughly we can decimate our services and our infrastructure before calamity strikes.

Who needs thrills from extreme sports when reality is always near?

Have you heard about what happened recently when reality struck in Colorado Springs, Colorado?

Colorado Springs is considered the “birthplace” of The Taxpayer Bill of Rights, which has spread like wildfire throughout the country, in part spawning the Tea Party movement.  It is also the home of “Focus on the Family,” you know, that bunch of progressives whose fearless leader claims “was the tea party before the tea party was cool.”

Last year, there was an election for the job of Colorado Springs Mayor.  Nine candidates ran.  Six of them signed Grover Norquist’s “no taxes” pledge.  (The very same pledge that has stymied the U.S. Congress.)  One candidate, Richard Skorman, didn’t sign the pledge.  His reasoning?

“What if the city got hit by a major wildfire?”

But reasonableness and forward thinking no longer wins votes it seems.

Mr. Skorman lost, and the candidate who won, had signed Grover’s pledge.  And “cut” was just what new Mayor Steve Bach did.  They laid off policemen and firefighters.  Sold assets.  Cut-cut-cut-cut-cut.  Yahoo!

Oh, but have you read the news lately?  Well, it seems that the city of Colorado Springs got hit by a major wildfire!  Who could have imagined that that would ever happen?  I mean, it’s a freak occurrence, right?  It never happens.  Right?  Who knew? Who could have predicted it? 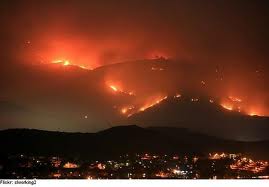 Who would ever have guessed?  Oh, yeah.  One of the candidates guessed.  My bad.

When did we become a country so unwilling to work together, to pool our resources to prevent problems and to tackle the unforeseen?  When did paying your fare share become something that only fools and progressives do?  When did working together to build a better country become something for patsies? 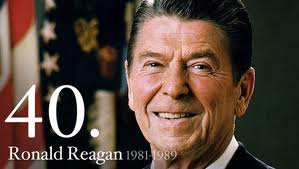 Remember? “The government IS the problem.”

There is real need to work together, chip in — in cash and sweat equity.  That’s how America was built.  That’s how it became a great nation.  Because that’s what is really at stake in our political philosophy and the folks who are unwilling to pay more reasonable taxes (and by folks I mean the rich bastards who can afford to pay way more.  I’m talking to you, Mitt and to your buddies).

68 responses to “The Years of Living Dangerously”