Did I Miss a Contest?

It’s John’s fault.  Not long after we started dating, John got me hooked on contests when he won one.  A free, all expenses paid trip for two to the UK in 1986!  Seriously!  It was right after the Lockerby bombing, and nobody was going to England.  So British Airways held a contest to give away all tickets to London on one day in June.  And John won.

I always enter, though. No matter what the contest. As soon as I find out about a raffle, a sweepstakes, a lottery, I’m in.  Take my money.  Please.

So I must admit that I was a little bit miffed when I logged on to one of my favorite news websites — Talking Points Memo today.  Because apparently there is a contest I missed.

A contest to see who can be the biggest asshole.

Did you see some of the things that were done to “celebrate” Independence Day?

There was the editorial in the WestView News — a New York newspaper (WTF? — New York?) 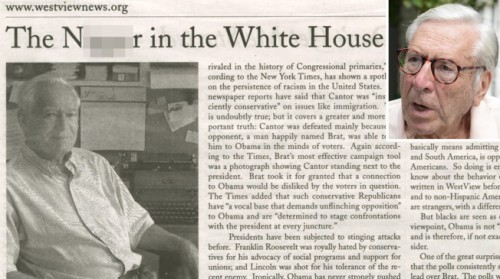 Charming. Even if it was meant ironically. Photo credit, West View News. Assholes

Then, there was that parade in Nebraska.  Now tell me, what parade is complete without honoring our president: 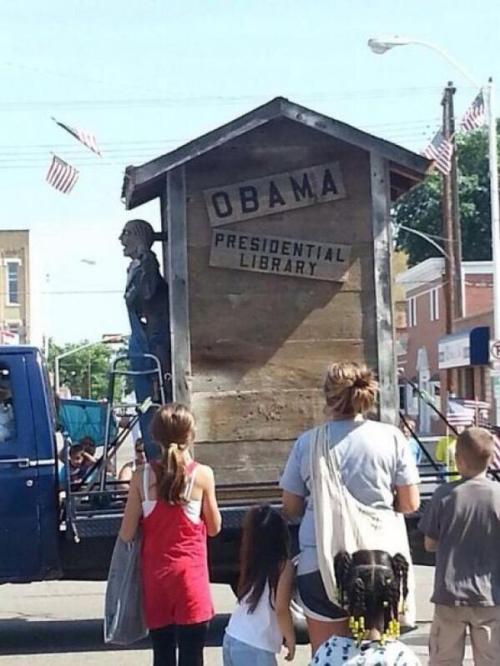 Nope. No racism here. No disrespect meant, I’m sure. Assholes.

But to me, at least for today, the folks who win the contest for the biggest asshole in the country are these guys:  the “Coal Rollers.”  Assholes who modify the emission controls on their diesel vehicles to spew huge clouds of exhaust — ON PURPOSE!  As it says in one of the articles I read on TPM,

Truckers essentially trick their vehicles into thinking they need to use more gas than it actually needs. The more fuel that’s used up, the more exhaust comes out thus the big plumes of dark emissions from a “rolling coal truck.”  According to Daily Digest News, turning a truck into a rolling coal truck can cost as much as $5,000.

Just how much money would you be willing to spend to show just how big an asshole you can be?

They direct their exhaust towards Prius drivers, bicyclists, well, really towards anybody who might not be burning quite as much fossil fuel and/or emitting quite so much CO2 as they are.  They’re doing it because they hate Obama and want to demonstrate just how much.

Yup.  Today, Coal Rollers win the prize.  They are the biggest assholes.

And they’ve cured me of my fascination with contests.  Because I’m never going to top these assholes.