Did you play “Go Fish” as a child?  Of course you did.  Remember how wonderful it felt when you could shout out:

How’s it feelin’ long about now?  Because many folks got exactly what they asked for by electing folks to government who don’t believe in Government.  What did they get? 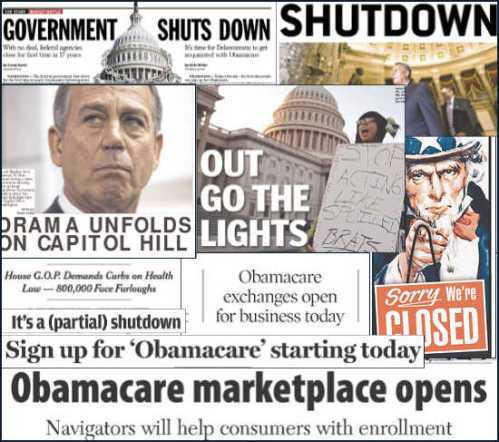 And now the House GOP, it a temper tantrum has voted to shut it down because the Senate and the President won’t defund the Affordable Care Act.  Obamacare.

That is a law that went through all three branches of our government as established under the constitution.

Passed by the House of Representatives (Authorized under Article I of the Constitution);

Passed by the Senate. (Also authorized under Article I);

Signed into law by the President (Granted that authority under Article II of the very same Constitution); and

The GOP lost the 2012 election over this issue (in large part). [Yes they did.  The House retained the majority because of gerrymandering.  They lost the popular vote.]

Parts of Obamacare became effective long ago.  The part that allows us to keep our kids on our policies until they’re 26, for example.  Great provision, isn’t it?

THE REST OF IT GOES INTO EFFECT TODAY IN SPITE OF THE SHUTDOWN.

So they are doing all of this for nothing.  Except for show. 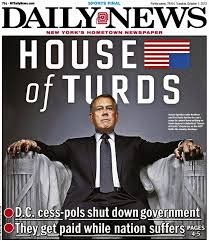 I saw the perfect description of what they are doing in a column by Michael Tomasky:

Because if they win, they will do it again and again.

Vote out folks who

(1) do not understand how our government works; and

(2) do not believe that there really is a point to having a government; and

(3) think that by stamping their feet long and hard enough, they can erase the results of elections.

Elections matter.  Vote the GOP OUT.