It’s spooky.  I keep expecting to have to adjust the vertical hold on my TV.  Or to hear the test pattern when I turn it on really early in the morning (you know, before the farm report).  And I’m surprised that the picture is in living color.

But then I look at the TV and realize that no, it is NOT a 1960s-era console TV.  Nope.  Not even close.  It is a high-end 3D LCD/LED HDTV, purchased not all that long ago.

Now I know that this is an election year.  Really, I do.  I pay attention.  But what I didn’t realize was that this was the 1960 election.

Contraception?  The Catholic Church?  The Church’s involvement in U.S. politics?  Ummm.  They are talking about issues that were resolved 50 years ago. 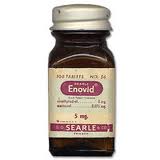 It’s true.  You see, on May 11, 1960 the first birth control pill, Enovid, received approval from the U.S. Food and Drug Administration.  That, if you’re math challenged, is approximately 52 years ago.  Trust me on that one.  Within 4 years, one-quarter of all couples were using “The Pill.”

In 1964, President Lyndon Johnson, signed federal legislation making birth control available to the poor.  That was 48 years ago.  The Supreme Court Ruled against a Connecticut state prohibition of contraception in 1965, 47 years ago.   A few years later, in 1972, the Supreme Court also ruled that single women could get the pill, too.

So what the hell is wrong with my TV?  Why is it delivering 50-year-old news?

Maybe I just need to push some more buttons.  And definitely even more in November.

I LOVE YOU, Google.  Thanks, for the pictures!

64 responses to “Adjust Your Dial!”