You know, I’m getting pretty cynical.  Folks all across the world are going all Ayn Rand, feeling like folks shouldn’t work together to solve problems.  That every body should fend for themselves.  Or, as my Dad used to say when folks just didn’t give a damn about each other (or didn’t save him the last cookie):  “I’ve got mine, how are you?”

And really, I’m getting kind of discouraged.  Civilization was built because humans figured out that working together gets more done than working individually.  And of course, the “cradle of Civilization” is Greece.

I am not an economist.  I am not a European.  Hell, I don’t really know what’s going on over there, what led to the economic collapse that Greece is experiencing.  I don’t know why the Germans and the French are standing idly by watching it happen with their hands on their hips.  But even I’m smart enough to know that the impact of a collapse of Greece, in both actual and symbolic terms, is not a good idea.

But I just read the coolest article.  Thom Feeney, 29, of London, is a shoe salesman.  And he has set up a GoFundMe site to collect donations to enable Greece to pay its loans.  He said:

All this dithering over Greece is getting boring.  European ministers flexing their muscles and posturing over whether they can help the Greek people or not. Why don’t we the people just sort it instead?” 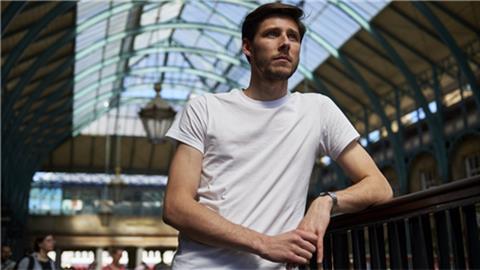 It’s amazing what one person can do sometimes. (I believe this photo is from Al Jazeera, which reported this story)

But even I, with my belief in strong government, think this is pretty damn cool.

And maybe, just maybe, it is what we need to do more often.

Filed under Adult Traumas, All The News You Need, All We Are Saying Is Give Peace A Chance, Cancer on Society, Friends, Good Deed Doers, Peace, Politics, Taking Care of Each Other