At first it didn’t bother me.  A follower is a follower, ammirite?

(This is not a picture of John.  I got it when I googled “quizzical animals.”)

But in the last few months, I’ve gotten a whole bunch of email-only-followers from Russia.  Folks with an “.ru” domain.

When I mentioned it to John, he was a little bit concerned.  I told him that I just delete those emails that notify me of the new Rusky follower, and not to worry.  They’re harmless.  What could possibly happen?

Google Image that I got through Pinterest.  He’s harmless.  Cute.  Not at all Putin-esque.  He isn’t even wearing a trench coat, so I’m sure he’s not a spy.  Or a bad guy.  Positive.

“Glad we don’t share a computer,” he said, implying that at least none of his shit would be compromised when the Russian government takes over mine.  And I find all my personal emails on WikiLeaks.  (Individual computers should be the practice of all married couples with any interest in politics, IMHO.)

But you know what?  Don’t tell John, but suddenly I’m getting nervous.

You see, I’ve written dozens of posts about Donald Trump.  And now I’m afraid that the Russians are behind him.  That they want him to become president.  That they want to totally fuck up the world.

You’ve noticed all these weird things that are happening with the Russians in the election, haven’t you?

So now I’m concerned that Russians are following me.  Lots of them.

I guess I should be flattered. But I’m not.  Because I’m not like today’s GOP who seem to believe in party over country (hmmmm, sounds vaguely Russian don’t you think?). 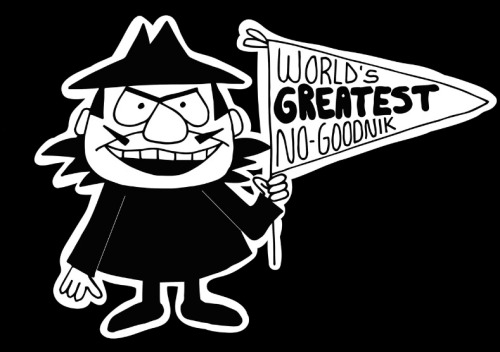 You know who this is.  And you know where I got it.  Sheesh.  And he’s right behind me.  Physically, not metaphorically.