Did you make any decisions at 21 that you would change if you could?

Did you want to have children when you were 21?

Would you change anything? 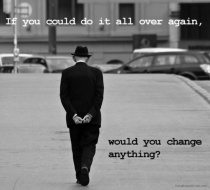 The daughter of a close friend of mine is 21 years old.  R will be having some medical procedures in the next several months that might impact her ability to have children in the future.  R does not want to have children.  Ever.

But R’s mom, has asked that R freeze some eggs, just in case.

OK, last one is mine.  But I think you will agree that with the way things are going, it could happen.

At 21, I was dating a man I was certain I would marry.  Erik and I would remain in Boston.  I had just started my first year of college (I’m a late bloomer) and planned to finish my degree within 4 years.  I would somehow get back into acting and singing.  And life would be good.  Up there in Boston.

I didn’t give a thought to having kids.  They were not anywhere in my conscious thought except for my fear of unintentionally creating one.

Looking back 36 years I can tell you that I was wrong about much of this.  Mostly, my life changed, and as it did, I changed my mind on most of it.

Because Life’s what happens when you’re making other plans.  At least according to John Lennon. 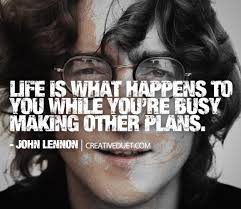 I ditched Erik.  I left Boston and moved to DC (with Erik), a place I’d never been to when I was 21.  I never finished college, which makes me a seriously late bloomer.  I did not get accidentally or intentionally pregnant; instead I struggled with infertility for several  years.  I was right about one thing:  life (in DC and the other places I’ve lived without Erik) has mostly been good.

Interestingly, at 25, when I had my drastic GI surgery, I still wasn’t terribly concerned about having kids.  After my surgery, something occurred to me:

“Will the surgery affect my ability to have kids?” I asked, during a checkup in my hospital room after the surgery.

“It shouldn’t.”  Dr. Herbert Hoover responded (yes, that was really his name.  It still cracks me up.)

“I’m not really all that worried,” I said.  “I’m not completely sure I’ll even get a date in the future!”

It was years later, when I’d started dating and then married John, that the idea of having kids became important.  To both of us.

It was not to be, and we happily adopted Jacob.

As an adoptive parent, I feel a little bit funny giving R advice.  Because I am glad I have the son I have, and I wouldn’t have him if I had, or had been able to, freeze some of my eggs.

So, nope, I don’t ever wish I had a different kid.  He is mine, and I love him and John loves him.  We always will.

We couldda done without the heartache of infertility though.

So, my bloggin’ buddies, what were your thoughts at 21 about having kids?  Did you change your mind or were you right at 21.  Are there other things you projected, at age 21, that would occur in your life that didn’t?

Please either tell me in the comments, or write a post and link back here.