In March 1992, I was a lonely stay-at-home Mom.  We had adopted Jacob in November, and I was trying to find free things to do with him, because we had no money.  Plus I was a new mom and didn’t yet realize that well, you paid for everything.  So there I was at the library baby hour one day, chatting with a couple of women.  It turned out they had a playgroup.  I politely asked if I could join.  They said yes.

I was delighted.  You see I am fairly social.  Before being a mom, I was a professional friend-maker.  I was a lobbyist.  A low-low-low level one, but yes, I made friends with folks for money.  Great work if you can get it.  But, well, I was really lonely, because my kid just didn’t talk to me.  He didn’t read.  At that point the kid was crawling, but aside from a happy “slap, slap” as the Happy Crawler smacked his hands down on the wood floor, well, my house was pretty darn quiet.

So I enjoyed the playgroup.  Ellen, one of the women was a bit odd.  But the others, Katy in particular, were really pleasant.

About two months after I joined, my dog died.  He wasn’t just any dog, he was the dog who had helped me through a long, serious illness.  I was devastated.  I was not cheerful.  I was, in fact, quite sad.  He had had leukemia and we did, well, what we had to do to end his suffering.

Weird Ellen kept suggesting that the dog could be cured. The first time she said that, I told her that the dog was in fact, dead.  As in “doorknob.”  Two successive weeks, Weird Ellen told me that the dog could be cured.  I assured her that no, in fact he couldn’t be.  After over a month, I finally told her my dog had not only died but he had been cremated, so even if there had once been a chance of curing him, that the fact that we had reduced him to ashes probably made that possibility much less likely.

Katy was my favorite in the group.  She was sweet, her son, Richard, was Jacob’s first friend.  So it was odd, that June day, when Weird Ellen called me up and politely told me that all of the members had decided that the playgroup would be more fun without me.

I was polite.  I was so shocked that I didn’t quite know what to say.  Of course I stopped going.  Wouldn’t you?

But the nicest thing happened later.  Katy called me up and said, “What Weird Ellen did was awful.  If you’ll have me, I’d like to be your friend.”

And we became very good friends indeed.  What she did was kind, and generous and nice.  Pure hearted.  And it was worth far more in good feelings than the bad feelings of being thrown out of the playgroup.

About a month later, I got an oversized envelope in the mail, with Katy’s return address on it.  Inside it was a dishtowel.  A yellow dishtowel with red hearts on it.  It was hideous. 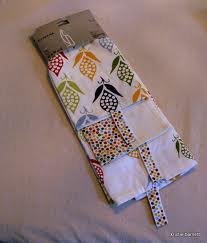 Also inside of it was a letter.  Handwritten in those days.  Copied by Katy herself.  It was a chain letter, with a twist.  I was supposed to send a dishtowel to the person at the top of the list, send a copy of the letter to 9 more people, and then I’d end up with 10, count ‘em 10 dishtowels.

I didn’t quite know what to do.  I had never been asked to participate in a dishtowel chain letter.  I had, in fact, never dreamed that such a thing could, well, exist.  Or that people would actually do it.  Or that anyone would actually want to join.

But it was from Katy.  The person who repaired my hurt.  Who wanted to be my friend when other people didn’t.

So I bought a pretty dishtowel, sent it to the person on top of the list.  I sent the letter to nine of my friends (only one of whom still speaks to me–thanks Judy!). I did it right away so I wouldn’t weasel out.  It was for Katy.  My friend.   I felt stupid and holy, all at the same time.

Katy came over the day after I sent it out and said, “yeah, my sister stuck me with that.  I knew you wouldn’t bother so I sent it to you and a bunch of other friends who I was pretty sure wouldn’t want to be in a Dishtowel Club. ”

I try to NOT do this sort of thing, but I do.

In spite of being, well, a bitch, I cannot intentionally hurt someone’s feelings.  And so I am very appreciative of all the folks who have sent Blog Awards my way.

If I am honored with any additional awards I will say thanks and pass awards on to folks who I think don’t have them at the bottom of future posts.  But, as several of my blogging buddies have recently said, far more bravely than me, I am feeling too much guilt to actually get on with writing.  Which is what I want to do.

And by the way, I promise not to send you any dishtowels! 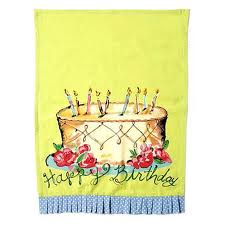 There is a snarkier ending.

A few months later, after we saw each other repeatedly around town, where I was unfailingly nice to her, Weird Ellen invited me to re-join the playgroup.  I politely declined.  If only I’d known the phrase “Oh, SNAP!” back then.